After nearly 17 years of leading Consolidated Telephone Co. (CTC), located in Brainerd, Minn., Kevin Larson recently retired from his position as chief executive officer/general manager to that of director of public relations. His telecommunications industry career expands more than 45 years starting as a technician and eventually supervising and managing various phone companies.

During his career path, Larson worked in farming and insurance sales, but eventually returned to the telecom industry working for publicly traded, private, municipal and cooperative companies. His ability to think “outside of the box” is what made him successful in his endeavors of building and growing the industry.

During his tenure as the CEO/general manager for CTC — a cooperative serving approximately 12,000 members by providing traditional voice, high-speed internet, digital television and a wide array of other telecom services throughout ten ILEC and 8 CLEC exchanges — he grew the cooperative membership base by 40% and revenues by 182%. He also entered CTC into a successful CLEC business fiber build in 2005 and in 2016 completed a $58.7 M fiber-to-the-home investment in CTC’s original ten ILEC exchanges. He also developed a partnership with Arrowhead Electric, a first of its kind. This partnership received national recognition for its innovative and creative way of doing business. Because of this endeavor, CTC recently signed an agreement with Mille Lacs Energy Cooperative as their service provider. Taking these chances early with electric cooperatives has allowed CTC to lead the way in a new frontier of service providers.

During his tenure as the CEO/general manager for CTC, he grew the cooperative membership base by 40% and revenues by 182%.

A pinnacle point in Larson’s career was the inception and creation of Cooperative Network Services (CNS). Larson, along with two other general managers in Minnesota, had a vision to create a cooperative-owned transport and engineering firm. In 2009, CNS was established with a handful of members. Today, CNS has 21 cooperative member owners, 1,300 miles of redundant, carrier-grade transport network and offers specialized professional services to the cooperatives as well as the industry at large. These services include engineering, GIS, human resources, video consulting, marketing, graphic design and bookkeeping. CNS has 24 full time employees and has engineered more than 7,000 miles of fiber networks to deliver broadband in rural America. CNS is a profitable business that also reduces overall expenses for CTC.

Larson, an advocate for rural America and broadband deployments, understands the importance of going to the Hill and getting the support of lawmakers. His belief in giving back to the community and supporting the industry is demonstrated by his service on numerous local, state and national committees and boards of directors. In those roles, he served as chairman of the NTCA Retirement and Savings Plan Trust Committee, chairman of the Board for Pinnacle Directories, and is the secretary of the board of directors for the Rural Telephone Finance Corp. Additionally, Larson served as the chair of the Brainerd Lakes Area Economic Development Corp., United Way Campaign, Minnesota Telecom Alliance and Rotary International.

On winning the award, Larson states that “excellence means willing to do the things that a lot of others are unwilling to do. It’s the hard things, but the right things. And when you’re paying attention to the smallest of details …. that’s what will deliver excellence to your customers and employees. To be nominated for this award, it’s extremely humbling to have your peers and that much support for what you’ve done over the years to better the industry, to the better the company that you work for and to better your community.”

About the eXcellence Awards
The eXcellence awards are the highest recognition of individual achievement is the Excellence Awards Program, which pays tribute to individuals in eight categories. By nominating someone for an NTCA Excellence Award, you help NTCA provide national recognition for those who have shown commitment to their community and our industry. You also promote awareness of rural achievements and highlight positive impacts on your community. Recipients receive recognition during the association's largest annual conference, RTIME, and in NTCA media. 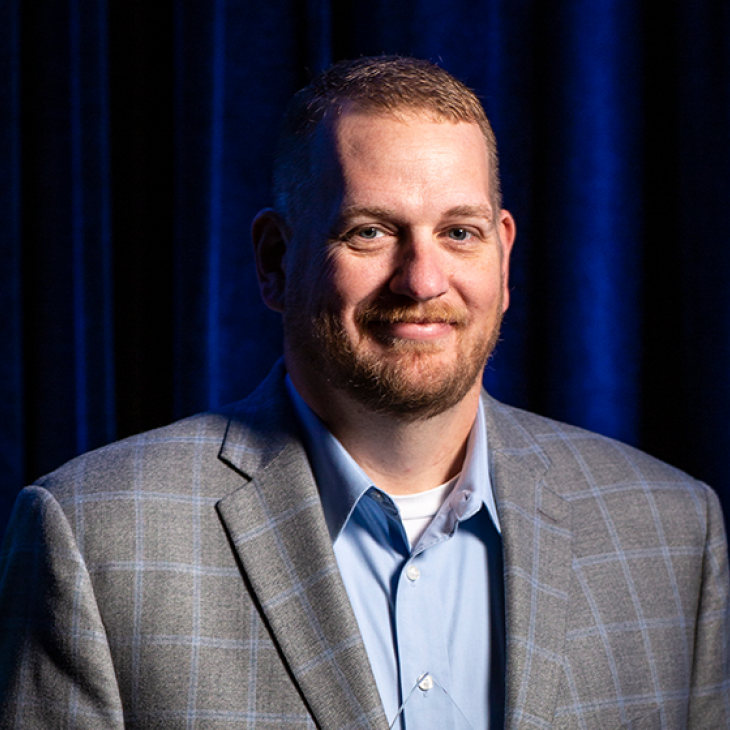