I guess my CES moment came at the BrainCo booth, after I lost miserably in a game of mind-controlled slot-car racing. Users were instructed to simply focus on anything and to think hard, and that the headsets we were wearing would sense brainwave energy and signal the model cars to go faster. I suppose many parts of my school career were laid bare on that track as my car cruised leisurely, passed frequently by other drivers.

But like many other displays at CES, this was less about the end-game product and more about the underlying technology. Because while brain-racing was certainly fun, and while BrainCo offers a product it claims helps users improve personal focus and mental performance, a “let’s get down to brass tacks” application of BrainCo’s platform can be seen in prosthetic devices that activate based on neural activity.

Now, to be sure, myoelectric prosthetics have been around for years. Often used in upper-limb applications for amputees, they rely upon impulses that the brain sends as if the limb was still there. BrainCo, however, offers a more nuanced and sensitive application, and the range of motion in its prosthetic hand is accordingly more detailed and flexible than many other devices.

So, if a company uses brain waves or neural stimuli to power an articulated bionic hand, then that is technology that matters. And if autonomous vehicles promise greater safety for their drivers and other drivers and pedestrians, then that matters, too. And if those same vehicles open doors (both literally and figuratively) for the disabled, then it begins to matter more.

CES, then, was about at least two issues (I’ll get into a third later): (1) Iterative technology being used for novel applications, and (2) New technology applied to as-yet undefined or unidentified applications.

Facial recognition technology was trialed at CES for badge pick-up; it is a staple, even at this early stage, in many home security systems (and phones . . . and access systems . . . and more). But the iterative progression of this technology now measures more, including almost imperceptible gestures or gaze. To be sure, the human eye coupled with a perceptive heart can read a face, but imagine the rapid response enabled by a system that recognizes individual nervousness in an airport security line and which can discern whether someone is worried about missing a flight -or intent on mischief, or worse. To be sure, whether applied in public safety or medical situations, flags raised by these systems should trigger human intervention to assess the situation. But the technology enables more rapid identification and signaling, and therefore assists and improves the human intervention. 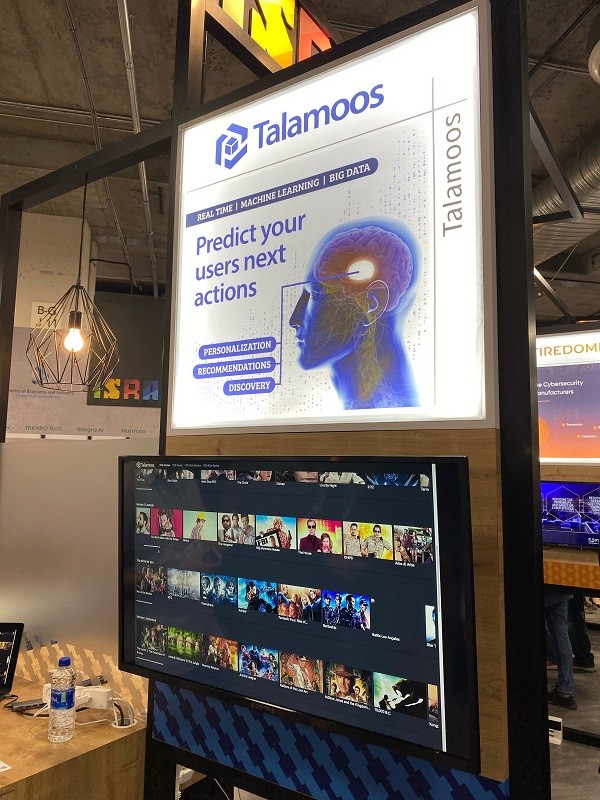 What do we with technology? I spent some time speaking with a rep at Binah, a company that has pioneered an ability to read the light that refracts off a person’s cheeks and then report the person’s temperature, heart rate, oxygen saturation, anxiety levels and more. The company claims a 98% facial recognition accuracy and <2 margin when measuring heart rate – based on the facial recognition feature described above. The applications include security and medicine, of course, but what about auto safety? What if an in-car camera could determine a driver’s state of being and, rapidly analyzing and assessing it against a vast storehouse of data, determine whether this particular driver should be driving at this particular time?

Which leads us to the third issue that was front-and-center at CES: consumer privacy and data control.

Passive data collection; active data collection; who holds the information; the purposes for which the information is used; whether the consumer knows or understands; upon whom the burden falls to understand or explain. Many of these concerns were explored at sessions featuring representatives from big tech and Federal government and public interest groups. There were perceptible snickers when one firm insisted that it truly had the user’s interest at heart when delivering targeted advertising; the same firm affirmed that it complies with the California Consumer Privacy Act, but also argued that certain key provisions do not apply to it. 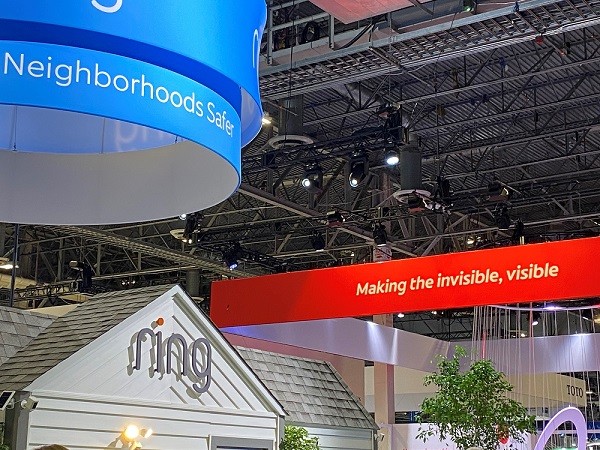 All of these begin to combine or coalesce toward a conclusion, perhaps neither novel or noteworthy: technology is poised to discern, analyze and react to greater sets of more sensitive and heretofore imperceptible human data. One telling sign (ironically near a display for Ring) proclaimed that is was all about “making the invisible, visible.” Now, this booth was talking about healthcare. But the same phrase might be invoked across a range of applications. AI is offering platforms that enable that data to be assessed at faster-than-humanly-possible speeds. Government, industry and the public at times seem like boxers circling each other in the ring, trying to assess how they can balance their respective needs and interests. Even non-IoT devices are being poised for IoT. One vendor displayed an ordinary Keurig attached to a device that measures the unit’s electrical consumption and then calculates and communicates via an app information that tells the user when it is time to restock K-cups or clean the machine. And, while that might not seem terribly impressive, the same firm offers applications that are intended to assist the safer operation of boom cranes, all by reading and then analyzing the signals the machines are already producing.

So, what is truly novel or noteworthy? The specific technological applications to which new developments are being applied: Bar-code-reading dispensers that track patient compliance with medication and which can alert caregivers, physicians and loved ones if compliance dips. Biometric devices that can alert the onset of depressions. Gaze and gesture recognition that can start to bridge communication challenges for autism or Parkinson’s. One presenter described health care as events at which intervention is sought but noted the need for care in “the life in between.”