Fiber Buildouts Give Power to the People at Mosaic Telecom

Collaboration and mutual support between a company and its customers come standard at Mosaic Telecom (Cameron, Wis.). The NTCA member company has facilitated several innovative projects in the surrounding community over the past few years—including implementing fiber to the premises (FTTP) at a local dairy farm, supporting musical performances for troops overseas, and turning its own offices into an emergency headquarters following an EF3 tornado.

Just as much as these accomplishments are a testament to the high-caliber broadband service Mosaic can offer, they are also a reflection of the quality of Cameron residents and the relationships people have built with each other. “You can build out all the facilities you want,” Marketing Manager Megan Maikowski said, “but if you’re not engraved in your community, I’m not sure how much it’s going to matter. People want to do business with their neighbors and their friends.”

Mosaic Telecom was a 2017 Smart Rural Community Showcase Award Winner, largely recognized because of the ways in which the company’s broadband infrastructure has bolstered existing businesses in rural Wisconsin. Wisconsin is known around the nation—and the world—for its signature product: cheese. Saputo Cheese, one of the largest multinational cheese producers, has a manufacturing plant in Almena, Wis., a small town right outside of Cameron. As of 2015, the plant employed about 100 people, and Saputo had a desire to expand. However, the plant was facing two problems: First, there were not enough people living in the Almena area to fully staff plants like Saputo and second, the cheese manufacturer did not have sufficient broadband access to work efficiently with its German partners.

Mosaic Telecom was brought in to install FTTP for Saputo. “Saputo Cheese is one of the major players in one of our small towns. …They just took on this major expansion that they were able to do because we could offer them fiber,” Maikowski said. Because of its newly robust broadband capabilities, Saputo completed a plant expansion that added nearly 350 jobs. Further, the plant was able to expand its radius for hiring since greater access to broadband in the Almena area means that many employees can telecommute.

Mosaic Telecom also was able to support the work of Four Mile Creek Dairy Farm, another landmark business in the company’s service area. The 1,400-cow dairy farm, which has been in operation for approximately 19 years by Wisconsin residents Jim and Audrey Kusilek, uses impressive monitoring techniques that are supported by the farm’s broadband internet connection. Each of the farm’s calves is fitted with an RF (radio frequency) ear tag, which electronically monitors how much each cow is eating and how quickly. The ear tag system communicates to the farmers immediately through a fiber internet connection. This system allows Four Mile Creek employees to notice promptly if one of the herd is behaving uncharacteristically and may be sick.

Mosaic always goes the extra mile for its customers—and sometimes, for those who aren’t yet customers. When Wisconsin-based Trovata Entertainment needed a fiber connection so the company could continue its work, Mosaic complied, extending its service area and picking up a few extra residential homes along the way. Trovata’s new fiber connection allows musical performances for troops overseas to be organized and booked from rural Barron, Wis. The founder of Trovata, Zachary Schauf, was inspired to find a way to lighten up the days of deployed troops after his brother joined the armed forces.

This family spirit extends to all the projects Mosaic supports, and shone through during a EF3 tornado that barreled through Cameron and surrounding towns last year. Because Mosaic maintains friendly relationships with local law enforcement and other community partners, Maikowski said, “[Mosaic’s garage] became the donation center” after the storm. “For about a week, Barron County Sherriff’s Department did their incident command out of [our building.] There was a lot of people, but we still had to man our business. At least one [Mosaic employee] had to be there 24/7. It was beneficial that…the sherriff could trust us to be there and take care of whatever gets handed to us. We set up phone lines, printers, internet.”

At the end of the day, at Mosaic Telecom, success is based as much on the people as the infrastructure, Maikowski concluded.

For more information about NTCA’s Smart Rural Community award-winners, of which Mosaic is one, visit our website. 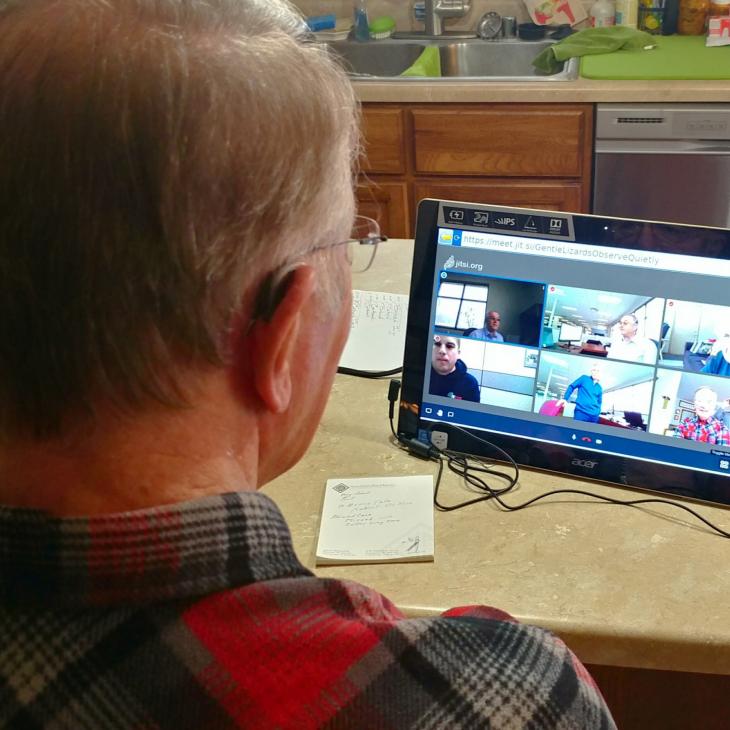