FCC on the Move in Rural America

With a new presidential administration came new leadership at the FCC—commissioner Ajit Pai was appointed chairman of the commission in January 2017, and soon after the political balance of the commission shifted. Chairman Pai immediately prioritized the rollback of Title II regulations that had been implemented during the Obama administration—just one of many steps he has taken to relieve burdens on small, rural telecommunications providers. Under Pai’s guidance, the commission also has made renewed attempts to visit with broadband providers directly and to educate themselves about the obstacles to deployment that small providers are facing.

Over the past month, both Pai and FCC Commissioner Brendan Carr could be found throughout the country during the commission’s Piedmont Digital Opportunity Tour and Great Plains Broadband Tour, respectively. During the tours, Pair and Carr visited several NTCA member companies to learn more about how rural broadband providers are making the business case for deployment and improving their communities by providing robust and reliable broadband connections.

“Technology is changing everything. I want to make sure everyone has a chance at success, regardless of where they live.” So remarked Sen. Todd C. Young (R–Ind.) during his one-day jaunt through Indiana with Brendan Carr on May 2. During their visit to the state, the senator and FCC commissioner stopped in Hancock County, and learned how the broadband provided by NTCA member company NineStar Connect (Greenfield) is transforming industries and the lives of everyday residents in rural Indiana.

The trip included a stop at Hancock Regional Hospital, which has enhanced capabilities such as long-distance video-chatting between doctors and virtual doctor visits thanks to the broadband connections provided by NineStar. During their visit to NineStar, Young and Carr even had a chance to splice fiber.

Up Next: North Carolina

During his Piedmont Digital Opportunity Tour May 21–25, Pai visited communities throughout the South, including Asheboro, N.C., home base of Randolph Communications. While in Asheboro, Pai heard stories of success and struggle from Randolph employees. The cooperative began a fiber to the home (FTTH) buildout in 1998, and has invested more than $42 million in the project over the past two decades. However, the telco said it would need an additional $22 million to overbuild its entire incumbent territory. Randolph stressed the positive impact that increased fiber access has had in rural North Carolina—including increasing educational opportunities and facilitating online activities at work and at home.

A Trip to the Cornhusker State

From May 29–June 1, FCC Commissioner Brendan Carr traveled the Midwest on a Great Plains Broadband Tour, a trip meant to “focus on rural broadband deployment, including the opportunities it creates in smart agriculture, telehealth, job creation and workforce development.” His first stop was Nebraska, where the commissioner visited a wired feedlot before attending a roundtable on rural broadband issues with Sen. Deb Fischer (R–Neb.) The roundtable included a dozen Nebraska telecommunications officials, including representatives from Stanton Telecom Inc. (Stanton, Neb.), and Hartelco (Harrington, Neb.), both NTCA member companies.

Carr visited Stanton’s facilities during his tour of Nebraska, and the Paden family, which bought the company in 1980, detailed for the commissioner the progress they have made in building out their broadband network.  Following the roundtable and the visit to Stanton Telephone, Carr said that the FCC can support greater connectivity in rural communities by cutting red tape and providing more funding.

Carr continued his Great Plains Broadband Tour in northwest Iowa, with a visit to NTCA member company Premier Communications, Inc. (Sioux Center). Carr, along with representatives from the offices of Sens. Chuck E. Grassley (R–Iowa) and Joni K. Ernst (R–Iowa) and Rep. Steve A. King, toured Premier’s main office and a fiber construction site. Doug Boone, chief executive officer of Premier, said of the visit: “Today’s visit underscored the importance of continued investment in our broadband and technology infrastructure and how critical it is to have a robust fiber network that can handle the technology needs of the future.”

A Return to South Dakota

Commissioner Carr’s visit to Sioux Falls May 31–June 1 marked the second time in the past year that the FCC had sent a representative to South Dakota. During the visit, Carr had a meeting with telecom executives from across the state at SDN Communications. According to a blog on the company’s website, 5G technology was one of the primary topics discussed during the meeting. Carr was also able to see two small cell poles, installed by SDN, which bring greater wireless coverage to a local mall. 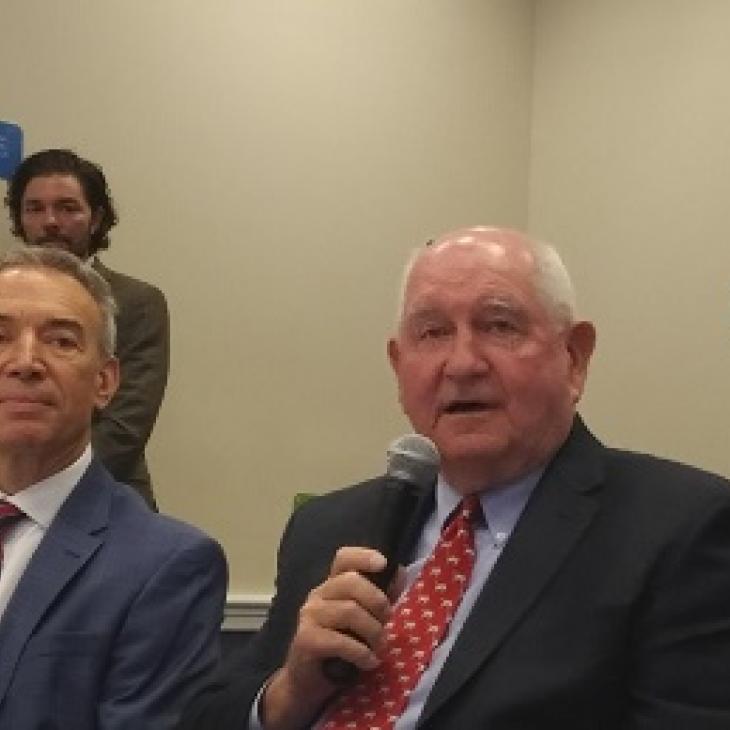 Cows on the Blockchain: Technology that Touches Everyone 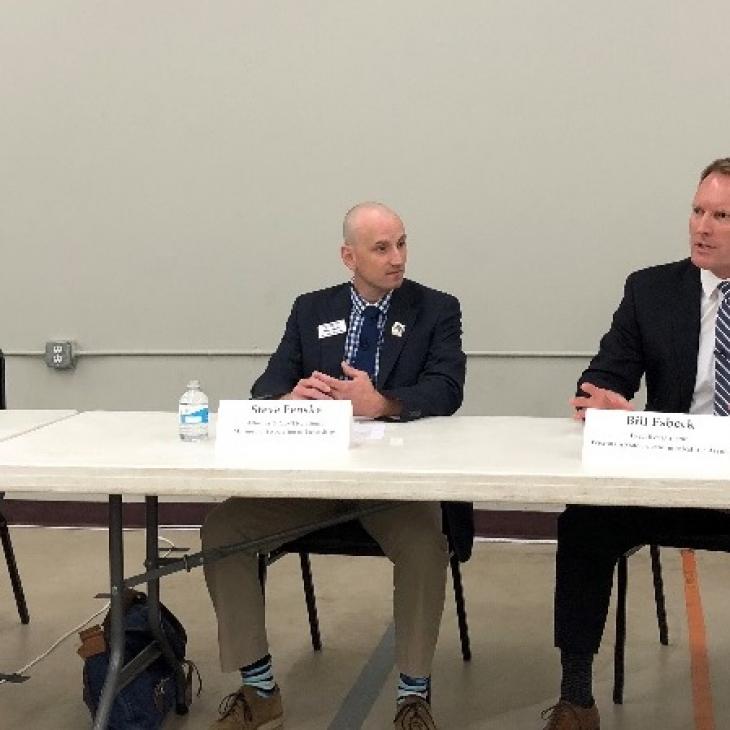 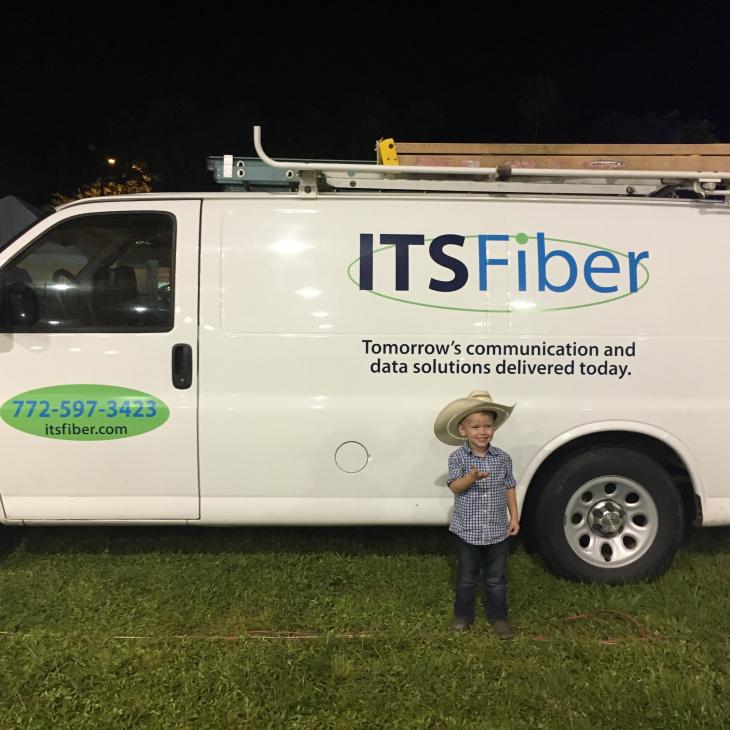