Why the FCC’s Precision Ag Task Force is Important

If you follow the Daily Digest of the Federal Communications Commission (FCC), you would have seen a Public Notice last month announcing the formation of an FCC Task Force on precision ag. And, if you are telecom (or healthcare) junkie, you would have also seen the FCC’s adoption this week of a notice of proposed rulemaking to address telehealth. Both developments signal an important step in the nation’s understanding of broadband.

To be sure, the National Broadband Plan (NBP), which was conceived as part of the American Recovery and Reinvestment Act of 2009 (better known as the “Stimulus Act” ) was an opus that explored the role of broadband in numerous vertical industries and proposed policy mechanisms intended to increase broadband deployment, adoption and use. The results of the NBP are debatable; the 360-page report birthed regulatory proceedings that unfortunately threatened the goals the NBP intended to achieve. Nevertheless, the NBP was an important national conversation piece that illuminated the potential promised by broadband across a range of industries.

As an industry, it is heartening, encouraging, critical—pick your adjective—that we have reached an inflection point in which the importance of broadband is no longer debated; it seems to be accepted, if not axiomatic, that broadband will simply infiltrate and embed itself into nearly every aspect of the human (and robotic) experience. But it is not enough to say, “broadband is important for rural healthcare” or “broadband is important for ag.” Rather, at least two other steps must be taken: (1) quantification of the impacts by industries, and (2) policymaker understanding of how those industries operate.

NTCA has done some work on the former, publishing a comprehensive report that quantified numerous economic benefits of rural telehealth. The FCC is now taking steps to firm up the latter. 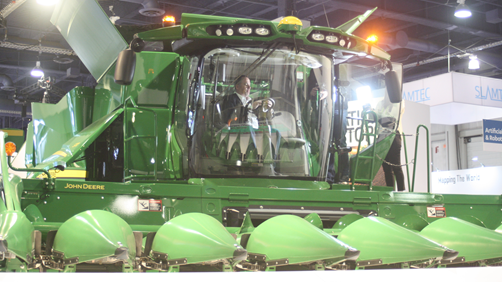 Precision ag policy is better when policy makers understand ag, itself. So, to create good, sound policy aimed at ensuring broadband benefits for agriculture, it is important to understand how farms and farming operate. It is important to understand the logistics and time-to-market constraints that apply to specialty crops and how those might be distinguished from the storage concerns that attend row crops. It is important to incorporate knowledge of livestock, dairy and poultry operations and how broadband can be incorporated into each. The combination of knowledge and talent on the precision ag task force should enable the FCC to craft policy that is informed by those who understand agriculture, farming communities and technology.

The benefits have been quantified. USDA reports that a third of the $10 billion  economic value of row crops is related to broadband; of the $13 billion in specialty crops, 43% is dependent on broadband; and, 38% of the $20 billion livestock and dairy market depends on broadband.

A popular expression at USDA is, “Everyone needs a farmer.” In the era of smart ag, everyone will need a connected farmer.