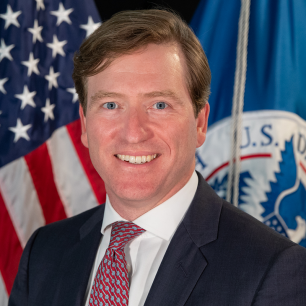 Christopher Krebs serves as the first director of the Department of Homeland Security’s (DHS) Cybersecurity and Infrastructure Security Agency (CISA). Krebs was originally sworn in on June 15, 2018, as the Under Secretary for the predecessor of CISA, the National Protection and Programs Directorate. Krebs first joined DHS in March 2017.